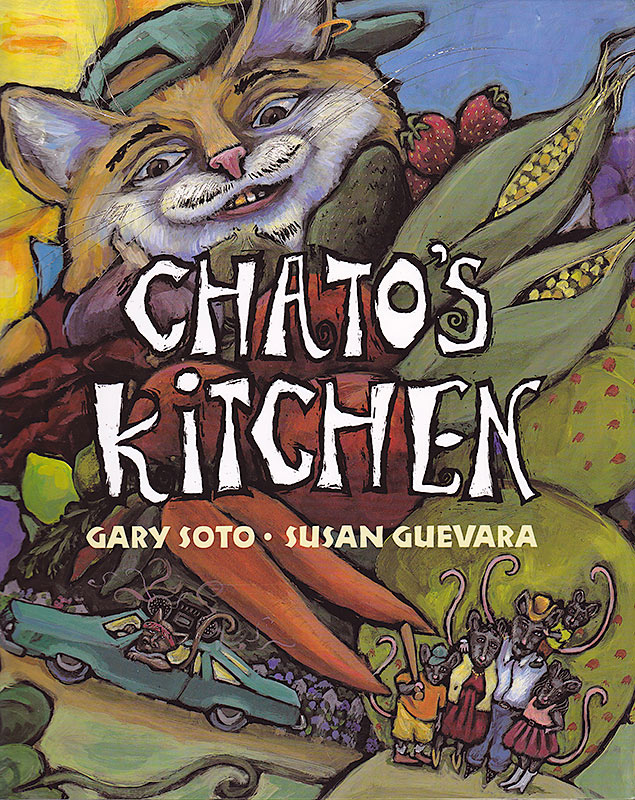 Click here for a short chat about this book.

Chato, the coolest cat in East L.A. and his buddy, Novio Boy, prepare to serve up a special housewarming party for their new neighbors, a family of mice, in which their guests are also the main course, but the mice bring along their own guest, Chorizo, the toughest dog in the barrio.

“Guevara’s swarming, luxuriant illustrations give the atmosphere palpability, with brushstrokes so fresh readers will want to stick their fingers in the paint to feel its texture. …the artist mixes the sinisterness of R. Crumb with moments of Edvard Munch terror…Smart with a nice edge. Soto’s inspired finger-snapping prose has found an equally imaginative comrade in Guevara’s colorful urban paintings.”–(Starred) Kirkus